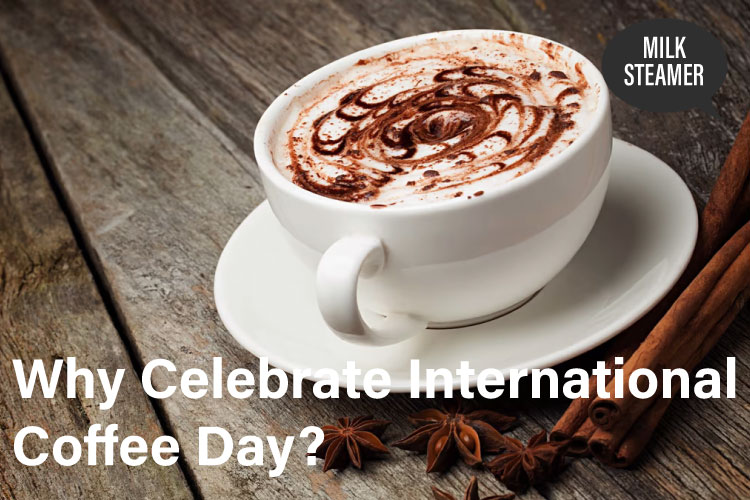 On this day coffee was recognized as beverage.The coffee lovers and coffee community exchange gifts to each others. Companies offer coupons to their loyal customers on this day.

Coffee is the world most famous and highly consumed drink. Coffee is second most traded commodity in the world. some sources consider that coffee is first trade commodity.

Some Facts about Coffee:

1.The date of discover Coffee.

it was told that 9th-century goat herders observed the effect caffeine had on their goats, who felt unusual effects after eat the fruit of the Coffea plant. A local priest then made a drink with the produce and found that it kept him awake at night, thus the cup of coffee was born 800 A.D.

Coffee plant is resemblance to shrubs and cherry-like berries. It is actually seeds but we call them beans.

3.The main Types of Coffee: Arabica and Robusta.

Growers largely plant the Arabica species. Although this kind of coffee beans is less popular while the Robusta tastes slightly more bitter and contains more caffeine than earlier.

4.The Large Grower of coffee in the world.

Today, Brazil produces about third of the world’s supply, according to the International Coffee Organization. Vietnam is the second largest producer.

5.The word “Espresso” means “pressed out”.

Espresso is famous coffee flavor which means pressed out in Italian.

Espresso is made — forcing boiling water through pressed coffee grounds. It contain more caffeine. To extract the caffeine use Espresso machine.

6.Finland is the biggest coffee lovers/consumers.

According to International Coffee Organization, Finland has biggest and largest coffee consumer. 27.5 pounds consumed each adult in Finland

66% of American women drink coffee every day as compared to 62% of men.

In term of health, coffee is to be consider good for health. it reduce the risk of type 2 diabetes, Alzheimer’s disease, and more. It also a powerful punch of antioxidants.